On March 23, 1900, under Article 2, it was "voted to accept the report of the [Town Seal] Committee, and that the Seal as presented by them be adopted as the Seal of the Town, in accordance with the requirements of the law."

The following is the report of the Town Seal Committee:

"Report of the committee appointed to procure a Town Seal. With instructions from the town to take for the design the likeness of Sir William Pepperell.

"The design was taken from the third edition on the life of Sir William Pepperell, by Usher Parsons, printed in 1856, containing this likeness of Sir William at the age of fifty-five years, engraved from a portrait painting in London, by Symbert, in 1751.

"Sir William Pepperell was born June 27, 1696. Parsons in his life of Sir William says that "he was the only native of New England who was created a Baronet during our connection with the mother country; that Louisburg, once the foundation of the French power in America, whose fortifications cost six millions of dollars, and which is so celebrated in history for the two sieges it sustained and waste of blood and treasure upon its soil, that such a city yielded to the Farmers, Mechanics and Fishermen of New England, is almost inconceivable."

"The seal was made by Mr. C. C. Hoffman, 73 Hanover Street, Boston, Mass., at an expense of Fifty dollars. We also had made a printing die for use upon stationery and envelopes, at an expense of eight dollars.

"We respectfully report and present this seal for your acceptance as a town seal. 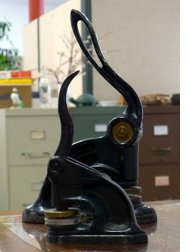 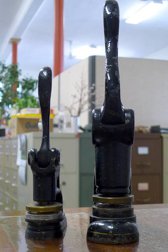